Why Do I Need a “New Website”? Why Can't a Web Designer Just Update My Existing One? 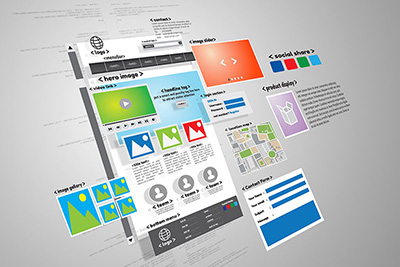 Being web developers for over 12 years we learned a thing or two about the dos and don’ts of a successful web presence. At one point in the beginning, we took any project and followed any request a client made. If they didn't want to build a new website and wanted us to work on their existing site, then that’s what we did. This however is not something we offer today, instead we almost will always build a new site. Why? Because there is one massive drawback to this strategy that was bad for both the developer and the client.

Before we explain this drawback let’s take a step back to the client having their original site built by their former developers. It’s incredibly rare that clients looking for web services for the first time would hire us. This is because there is always another company that promises you much more for much less. The problem is that they can't actually do more for less so they cut corners in an attempt to create the illusion that you are getting more. What they actually do is hire low skilled workers to throw up a site with a crude foundation as quickly and cheaply as possible. Just like a house built on a bad foundation you can’t fix this problem with duct tape.

What Are the Drawbacks of a Cheap Low-Quality Website?

So, what are the drawbacks of the cheap site? They are massively time-consuming to make new updates and to fix the many problems from the corners cut in the beginning. As web developers we work on multiple projects at the same time and notice that when sites are built on a bad foundation, they can take up to 5 times longer or more to edit than well-built sites. So, if we were to charge the same to edit both, we would be working for 1/5th the amount for those sites built on a bad foundation.

So, the question why should the client care? Couldn’t they just go and find someone that would work for 1/5th the price? How many workers in any profession would want to do as good of a job as anyone else but work for only 1/5th the amount of pay? Especially when the problem that caused this isn't even their fault to begin with? The answer is no one. This means that if you keep going from web company to web company until you find someone who tells you what you want to hear, you will essentially be hiring someone who will again cut corners. There is always going to be someone out there that will take your money, but the best web developers would rather lose you as a client then charge you less and mislead you just to make the sale.

Furthermore, you can't just avoid making changes and updates to your website because making changes is important. Updated information helps with better results in search engines. Even ads require you to make modifications to your website to maximize the results. Having a site that can be updated and modified in a reasonable amount of time is crucial to success and anyone that would be honest with you, will tell you that. If you’re ready to start taking the right steps in having a successful web presence? Contact Master Website Planners Today!